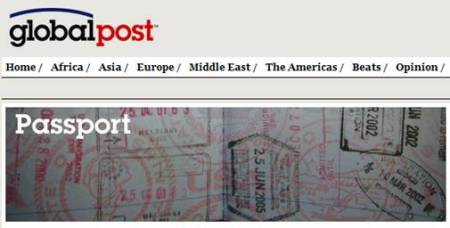 In a previous blog posting, I wrote that newspapers could leverage virtual event platforms to transform the reader experience from one of unidirectional consumption to an interactive community of participation and engagement.  In an article titled “A Web Site’s For-Profit Approach to World News “, the New York Times highlights Boston-based GlobalPost.  The good folks at GlobalPost are clearly thinking outside the “print box”, with an approach that mirrors (somewhat) some of the points I made in my original blog posting.

For one, GlobalPost has deployed a freemium model, built upon a wealth of freely available, advertising supported content.  The premium service comes into play with a service called Passport, which, as eloquently stated by GlobalPost, “offers an entrée into GlobalPost’s inner circle”.  According to the New York Times article:

Passport subscribers, who pay as much as $199 a year, can suggest article ideas. “If you are a member, you have a voice at the editorial meeting,” although the site will decide which stories to pursue, said Charles Sennott, a GlobalPost founder and its executive editor. He said Passport is meant to “create a feeling of community” for subscribers who might otherwise see newsrooms as “impenetrable and fortresslike.”

On the GlobalPost Passport web page titled “Benefits of Membership“, one can discover further detalis about the access afforded to Passport subscribers:

Passport also gives you a significant voice in the news. We invite you to join us in reinventing the media equation, empowering members for the Web 2.0 era. Instead of the old top-down model where editors decide what you need to read, as a Passport member you play an unprecedented role in shaping the stories that get covered, via ForeignDesk, Correspondent Calls and Newsmaker Interviews. Simply put, it’s access that gives you an edge.

While GlobalPost would need to find a business model to profitably support this – I can envision the use of a virtual event platform to serve as the foundation for their interactive community.  By “profitably support”, I mean that the additional cost (e.g. virtual event platform, higher costs for editorial staff, etc.) would need to be weighed against the additional revenue.

But that being said, the use of a virtual event platform could facilitate:

Kudos to GlobalPost on their somewhat contrarian model – and best of luck on the new site and success of Passport.

This entry was posted on Tuesday, March 24th, 2009 at 8:37 PM and is filed under Virtual Tradeshows (VTS). You can follow any responses to this entry through the RSS 2.0 feed. You can leave a response, or trackback from your own site.

One Response to Newspapers: With Print Declining, Go Virtual