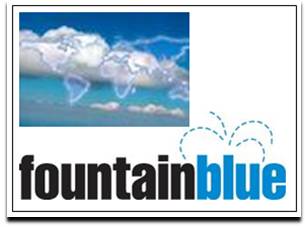 I’d like to highlight 3 virtual worlds technologies that caught my attention.

RocketOn: A virtual world layer on top of the entire web

RocketOn takes my “Best in Show Award” for most innovative virtual worlds technology.  While Facebook and Twitter have propelled social networking to mainstream adoption, surfing the web is still a solitary experience.

While many web sites have added community features (e.g. membership, comments, Facebook social graph integration, etc.) – it’s still the case that when I browse my favorite content sites, I have no idea who else is reading the same page at the same time.

RocketOn seeks to change that.  Using a Flash layer placed on top of web pages via an i-frame, RocketOn users can create their own avatar and have them walk atop any web page.  They can then see other RocketOn users who may be visiting the same web page.

Perhaps you’re reading a movie review and happen to bump into a friend, who’s reading the same review.  You decide to visit a site that hosts a trailer for the movie, so you both navigate to the trailer site, watch it there and continue your chat.

A Foursquare for the entire web

One of the captivating features of Foursquare is the ability to see who else is at the same physical location as you.  RocketOn has built a similar feature for the entire web.  While the service is focused on a consumer audience initially, imagine how this technology could be used in a corporate setting.

Browsing your company’s intranet could become much more productive and engaging.  Now, water cooler conversations could occur online, as you bump into colleagues at the employee directory page (rather than the kitchen).

I admire technologies that flip conventional models upside down.  While we visit virtual worlds from the real world, Zenitum seeks to have virtual worlds elements visit us in the real world.  CEO Albert Kim receives the “Jetsettter Badge”, having attended the conference from Zenitum’s home base in Seoul, Korea.

When publicly released (later this year), Zenitum’s technology will be supported on iPhone, Android and Symbian.  Zenitum will provide their app and an SDK (software development kit) for free.  They are encouraging widespread adoption of their technology – consumers use their app and device manufacturers develop services using their SDK. Zenitum will monetize their service via advertising (“augmented advertising”, perhaps).

Our reality will forever be augmented

When you run the app, your smartphone scans your surroundings, attempting to recognize images.  If it finds a match, Zenitum overlays a 3D animated object on top (or around) the real world object.  For example, let’s say a comic book publisher is running a campaign and loads an image of a comic strip into the Zenitum platform.

The same image is on a billboard on a city street.  When I walk down that street with the app running (and my smartphone positioned properly), Zenitum detects the comic strip image.  It then inserts animated 3D objects (perhaps other characters from the comic strip) around the real world object.  As I move my phone left, right, up and down, the animated objects adjust their positions accordingly.

Imagine the use of this technology at a museum – as you walk past a painting, its “virtual artist” could appear on your phone and speak to you about the inspiration behind the work.  At a trade show or conference, walking down an aisle could cause executives (virtually) to spring up and give you a brief pitch about their product.

Neat stuff – I hope we’re able to keep the distinction clear, though, on what’s real and what’s virtual!

Digitell: Bringing a global audience to your next meeting

Digitell uses the ActiveWorlds 3D platform to bring you hybrid meetings, virtual events, virtual communities and webcasts.  Jim Parker, Digitell’s President, notes that a common client of his service is associations, who want to extend the audience for their annual meetings.  Parker notes that the immersive experience of Digitell makes attendees “feel like they’re there” (at the physical event).

Parker’s clients who run these hybrid events often charge the same amount on virtual attendance as they do for the on-site event.  In this way, the common objection of cannibalization goes away, as the virtual component generates additional audience – and additional revenue for the meeting organizer.

Dispelling the notion that virtual worlds are for the younger generation, Parker notes that the average age of a Digitell user is 44 (wow!).  Users are so passionate about the experience that they often comment, “when’s the next event, I want to use my avatar!”.

Parker has created 3D replicas of museums, which allows students (across the globe) to visit and experience the museum’s works, without having to be “bused” to the physical building.  Imagine how easy it would be to have a virtual guide take students on a tour of the museum’s main works, any time of day, with students participating from all over the world.

While the term “virtual worlds” has a negative connotation in the minds of many, it hasn’t stopped innovative entrepreneurs from developing new and exciting services.  It will be interesting to watch each of these technologies to review their adoption, growth and monetization.

This entry was posted on Sunday, September 26th, 2010 at 6:43 AM and is filed under Virtual Worlds. You can follow any responses to this entry through the RSS 2.0 feed. You can leave a response, or trackback from your own site.