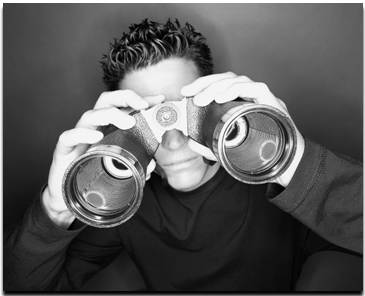 At Mashable, Gabe Zichermann (@gzicherm) provided his 5 Predictions for Game Mechanics in 2011.  Gabe’s article inspired me to provide my own predictions.

Gabe provides his thoughts in an article at Huffington Post.  While the term is effective in capturing the essence, it’s not perfect.  As a result, “gamification” will be used less and less in 2011.  In its place will be a set of new terms, based on its specific applications (e.g. game-based marketing, game-based social initiatives, etc.).

This is more an observation, rather than a prediction (since it’s already happening): an industry has developed around “gamification”.  When folks convene for a conference or summit, that’s my measuring stick to tell me that an industry is emerging.  In the virtual events space, that happened in 2009 with the Virtual Edge Summit (which, by the way, has its third annual conference, also in January 2011).

If you look at the sponsor and speaker lists for this event, you’ll see a number of start-ups who built their business around gamification.  In 2011, we’ll see some “bubble like” behavior (perhaps we’re already seeing it now), where entrepreneurs look to build the next great gamification companies.  In the second half of 2011, however, the bubble settles and the early winners emerge.

Related: Gamification gets its own conference (VentureBeat)

Game Mechanics for The Greater Good

Jane McGonigal of Palo Alto-based Institute for the Future once said, “Any time I consider a new project, I ask myself, is this pushing the state of gaming toward Nobel Prizes? If it’s not, then it’s not doing anything important enough to spend my time.” (source: Salon.com article from 2007).

In 2011, we’ll see game mechanics applied increasingly to the “greater good” – initiatives that can change the world.

Armchair Revolutionary is a great example – consider one of their slogans, “shape the future by playing a game”.  In 2011, lots of “revolutionaries” emerge to rally those who can, to provide help to those in need.

For example, Universal Studios announced successful sales of their “Despicable Me” DVD – their press release attributes some of the success to a “Minions Madness” promotion, “a points-based reward and social media program spotlighting the film’s beloved mischief-makers, the Minions.” This promotion was powered by Bunchball, a game mechanics start-up.

Bunchball (and related companies) has built a nice client list of broadcast networks, cable networks and film studios.  In 2011, additional media outlets come on board.  Game mechanics  go more and more mainstream, even though the typical mainstream user doesn’t know it.  Watch out in 2012, however, as consumer-based game mechanics suffer some fatigue (as consumers then see “much too much” of it).

2010 has been an interesting year for gamification. 2011 will kick off with an industry event and where we go from there will be exciting to watch.  I’ll check back mid-year with a report card on these predictions. Here’s hoping I attain the “crystal ball badge”.

This entry was posted on Wednesday, December 22nd, 2010 at 6:00 PM and is filed under Social Gaming. You can follow any responses to this entry through the RSS 2.0 feed. You can leave a response, or trackback from your own site.