How Social Media Can Create Lifelong Friends (That You Never Meet) 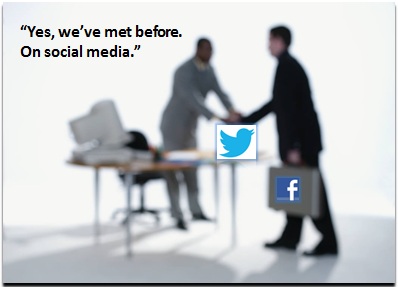 And then a funny thing happened: for a few people, I had to think long and hard about whether we’ve met “in person.” For some people, I was about to add them to the list, then had to do a double take, think some more and realize that we’ve actually never met.

This exercise led me to conclude how wonderful social media can be. Some of these folks whom I’ve never met, I actually consider to be good friends. They may end up becoming lifelong friends, in fact, in which our interactions take place exclusively online.

Let’s consider a few other conclusions I’ve drawn from this.

In the early days of Twitter, I discovered #eventprofs, which I consider a community forged by a single hash tag. I followed active users, they followed me back and we’d check out tweets tagged with the #eventprofs hash tag regularly.

Some #eventprofs users (along with other, non-events folks I’ve “met” on Twitter) “friended me” on Facebook. I gladly accepted. In doing my Twitter List curation, I found Twitter+Facebook to form the killer combo. That is, if we follow each other on Twitter and are friends on Facebook, the lines blur to the point where I have to think hard whether we’ve met in person.

By looking at the links you share on Twitter, I’m able to better understand your interests (i.e. your interest graph). On Facebook, I learn about your interests – and much, much more. I’ll “hear” about your weekend plans, movies you’re watching, comments your kids made and updates on your favorite teams.

In addition, seeing pictures of your friends and your extended family makes me (by extension) a second order member of the family. The New York Times ran a piece about family estrangement in the Facebook Era, which made wonder whether I’m seeing pictures (in my Facebook Newsfeed) that some family members (of my Facebook friends) are not.

In any case, Twitter+Facebook are quite effective in sustaining friendships – and, in creating new friendships (online).

Disney executive Bob Iger once said, “I’ve learned more about my daughters on their Facebook pages than I did while I was raising them.” (quote source).

I love that quote and happen to agree: family members can live in the same house, but learn more about each other from status updates. It’s a perverse thought that may be decried by the populace at large, to which I say: “it is what it is.” Here’s how status updates help to build a complete picture of yourself:

Let’s take all the people I’ve met online (and know fairly well) – let’s call it 250 people. Let’s put those same 250 in the same town as me. I wonder: would I have ended up meeting those people and getting to know them, in the same manner that I did online?

You know, I’m not so sure about that. Some of the 250, I may never have met in the first place – there are still families in my neighborhood less than ten doors away that I’ve yet to meet. This is again a perverse thought, but here’s why “online towns” facilitate more meet-ups:

In a small town, you often meet people via serendipity: you bump into someone at the post office or supermarket, or you take a run at the same time as a neighbor. There’s less serendipity online: people have a fixed presence and you can always find them, even if they’re not currently “online.”

When you meet someone face-to-face, there are certain social norms and customs that we follow. When you “meet” someone online, the social norms take a different dynamic and there’s often less holding us back.

For instance, I may tweet to someone about their awesome profile photo (on Twitter), whereas I’m less inclined to walk up to that same person (at the supermarket) and make a similar comment. As such, I wonder whether meet-ups and interactions I’ve had online would have worked out as well in person. 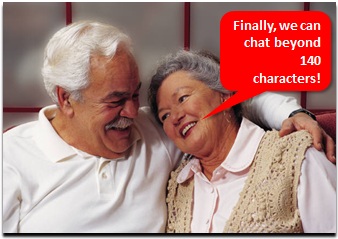 Now don’t get me wrong: despite my observations (above), I don’t believe in living life exclusively online. In fact, I crave face-to-face connections, especially meeting new people. So despite my observations of the “online town,” I’d love nothing more than a physical town, in which meeting others could be as convenient as happens online.

I have a colleague with whom I’ve had numerous conference calls, video conferences and related meetings. After a year working together, we had the chance to meet in person. I was prepared to say “great to finally meet you,” but she jumped in first. Her comment? “Nice to see you again.”

And that’s just the thing with these online friendships (or colleagues) – you develop such close ties online, that it’s a shame to never meet in person. At business conferences, I’ll run into people that I follow on Twitter (but have never met) and it’s a great feeling. You know each other so well that you tend to hug, rather than shake hands.

I often wonder what the world would be like if Facebook, Twitter and other social networks didn’t exist. Would I still meet new people? Would the Arab Spring have happened? I think the answer to both might just be “yes,” but one thing I know for sure: there’s just no way I could have “met” so many people from so many parts of the world without social networks. And when I come to a town near you, I may look you up (on Twitter).

This entry was posted on Thursday, July 12th, 2012 at 5:05 AM and is filed under Social Media. You can follow any responses to this entry through the RSS 2.0 feed. You can leave a response, or trackback from your own site.