A Tip for Your Next Media Interview: Never Improvise an Answer 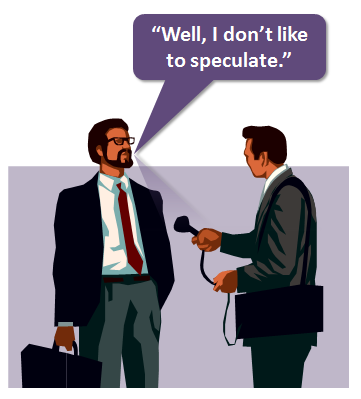 Those are three randomly selected headlines from The New York Times. Effective headlines capture the essence of a story; however, they also need to be compelling enough for you to read the article (i.e. click on the link). After all, if a headline gave away the set-up, the body and the punch line, we’d never have a need to read anything.

As a marketer, I deal with “headlines” all the time: article headlines, email subject lines, tweets, the title of the link shared on Facebook, the heading on a piece of product collateral, etc. I consume lots of headlines and write a number of them as well.

I like to think that I’m pretty good at both: being able to read a headline and quickly conclude what the article is about – and, writing effective headlines that incent people to click.

Let’s take the headline, “Back at Afghan Valley, U.S. Soldiers Find Surprise: Peace.” This article was about the return of American soldiers to Pech Valley, a region in eastern Afghanistan nicknamed “the Valley of Death.” It was the first time American soldiers returned there since 2011.

I can peruse this headline and determine whether I’d like to read the article. When making this judgment, I can even make educated guesses about what’s in the article or what angles it will cover. This is all fine and good because it only affects me.

But what if I repeated the same process in front of a live audience? Let me explain.

Hello Twitter! And they said it would never happen. Oh wait, that was me.

Recently, I appeared on The Workforce Show (@workforceshow), a radio program that airs on WCEM 1240 AM in Maryland, Virginia and Washington D.C. Host Cindy Gurne interviewed me on how to get started with Twitter.

In the first segment of the interview, Cindy asked me for my thoughts on the Betty White Twitter story. When the story broke (in 2012), I heard about it. But my exposure to the story was exclusively via headlines and tweets. I never read (or understood) the full details of the story.

Speculating during an interview

I misread the situation, thinking that Cindy was not familiar with the details of the Betty White Twitter story and was looking for me to fill in the blanks. So rather than confessing that I did not know the details, I speculated.

While I did state that I wasn’t entirely sure about it, I went on to give my interpretation of what the story was all about, based solely on headlines I had seen at the time. The speculation ended up being wrong.

It turns out Cindy did know the details, and saved my bacon by providing details to the audience after my unsuccessful speculation.

When you speculate during an interview, there are far more negative outcomes than positive ones. Sure, you might get lucky and nail the answer. But more often than not, you’ll probably guess wrong and look a bit silly in front of the host and the assembled audience.

If I had to do it again, here’s how I would have answered:

Cindy: “Recently, Betty White created a stir when she joined Twitter. Tell us about that?”

Me: “I heard about that, Cindy, but I don’t have the details around it. Perhaps you can fill us in?”

From here, there would have been two possible outcomes:

Honesty is the best policy. Whether you’re in a media interview or a job interview, answering a question via speculation can get you in trouble, cause embarrassment and compromise your credibility. Saying “I don’t know” is not the end of the world.

Here is the presentation that I put together for the interview.

This entry was posted on Saturday, August 31st, 2013 at 8:09 AM and is filed under General. You can follow any responses to this entry through the RSS 2.0 feed. You can leave a response, or trackback from your own site.