How to Avoid and Minimize Fake Social Media Reviews

I was surprised to come across a press release from the research firm Gartner, which stated that “by 2014, 10-15 Percent of Social Media Reviews to Be Fake, Paid for By Companies.” As someone who relies on reviews to make purchasing decisions (e.g. on Amazon, Yelp, TripAdvisor and many other sites), this concerns me.

For actions such as views, Likes and followers, the “cost” (overhead) is low, while the action can be performed somewhat anonymously. A review, on the other hand, requires more “work,” and is often associated with some sort of identity (profile) of the reviewer.

In the press release, Gartner indicated that companies will emerge to assist brands: “Gartner analysts said they expect a similar market of companies to emerge specializing in reputation defense versus reputation creation.”

I have a better solution – and that’s to “attack” the root of the problem, which is the review site itself. Thankfully, many review sites are already structured to separate the quality reviews from the fake reviews.

Let’s look at some examples and consider some related ideas.

“Meta,” according to Wikipedia, is “a concept which is an abstraction from another concept, used to complete or add to the latter.” To determine the worthiness of reviews, there’s nothing bet-ah (better) than meta (bad pun).

Let’s consider the reviews on Amazon. First, notice that the heading is “Most Helpful Customer Reviews.” Amazon allows users to indicate whether a review was helpful and then sorts their reviews list in order of “highest number of helpful review ratings” first.

The “Most Recent” reviews are listed off to the right column, in less prominent real estate. Also note that the reviewer is an “Amazon Verified Purchase,” which means that he purchased the book on Amazon.

Granted, one can still manipulate the system, as the New York Times detailed in a piece titled “The Best Book Reviews Money Can Buy.” But the Amazon system is effective because it relies on its users to tell us which reviews have been helpful. It also means that to display the “verified purchase” label, a fake reviewer would need to purchase the book on Amazon.

In the Amazon example, the helpful reviews rose to the top, while the “non-helpful” reviews remained at the bottom. In this way, the Amazon reviews are similar to search engines, as few people click past Page 1 of search results pages (and the cream rises to the top).

In addition to rating the reviews, sites could establish reputation ratings for end users. eBay has been an innovator on this front, with their Feedback ratings. If you’ve ever purchased something on eBay, you probably viewed the seller’s ratings and read through comments (on that seller) left by other users.

Of course, an online review is a much different than an online purchase. Reviews won’t garner as much feedback as transactions. But the concept remains: allow users to establish reputation on the site, which will influence other users’ judgment on the published reviews.

Services such as Klout, Kred and PeerIndex aggregate public data (about you) to calculate online reputation scores. While not quite as useful as “on-site” reputation, linking reviewers to an online influence profile could help ward off fake reviews.

Influence equals credibility. And in considering whether a review is bonafide, I’d take an online influence score over nothing (i.e. an anonymous profile).

So, for instance, a review of a Finance book could link to the reviewer’s “Finance topic” page on the online influence site. Users reading the review could then determine how much weight to place on that particular review. 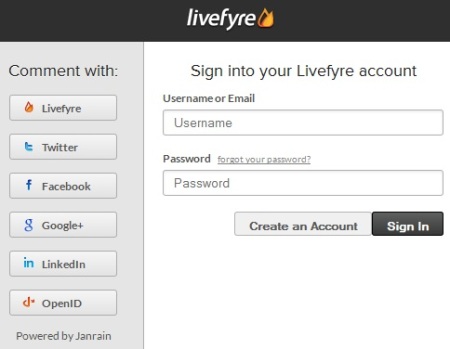 Blogs and web sites use services such as Livefrye to conveniently integrate social identities (e.g. Twitter, Facebook, LinkedIn) to web site and blog comments. Tying reviews to a social identity is far better than anonymous reviews. At minimum, the reader can visit the social profile of reviewers to make a judgment on their worthiness.

Online reviews play an enormous role in worldwide purchasing decisions. As with any data source, effectiveness is closely tied to credibility.

If 10-15% of social media reviews are fake, then credibility suffers. And when that happens, people will look for other means of purchasing decision research. As such, web sites that provide reviews should look to successful examples from Amazon, Yelp, eBay and others to help avoid and minimize fake reviews.

This entry was posted on Monday, October 22nd, 2012 at 5:05 AM and is filed under Social Media. You can follow any responses to this entry through the RSS 2.0 feed. You can leave a response, or trackback from your own site.